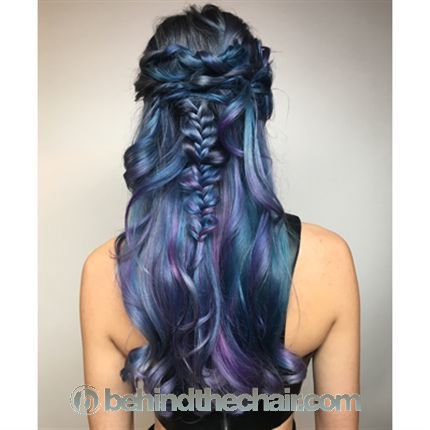 Kimemily Pham @kimwasabi was the big winner of the first-ever Guy Tang Hair Battle after totally impressing the judges with her Mysterious Galaxy creation—a look that was completely out of this world! When Kim found out the theme was ‘galaxy’ she was excited to create something totally different and new. “To me, a galaxy is so vast and has endless possibilities,” Kim said. She then went to work bringing her galaxy vision to life, calling the galaxy “a system of stars that represents all the hair besties!”

For her big win, Kimemily will get to be a part of an educational video alongside Guy Tang on his YouTube channel and will be featured in the next issue of behindthechair.com On Paper! Get the how-to that named her Guy Tang’s first-ever Hair Battle champion!