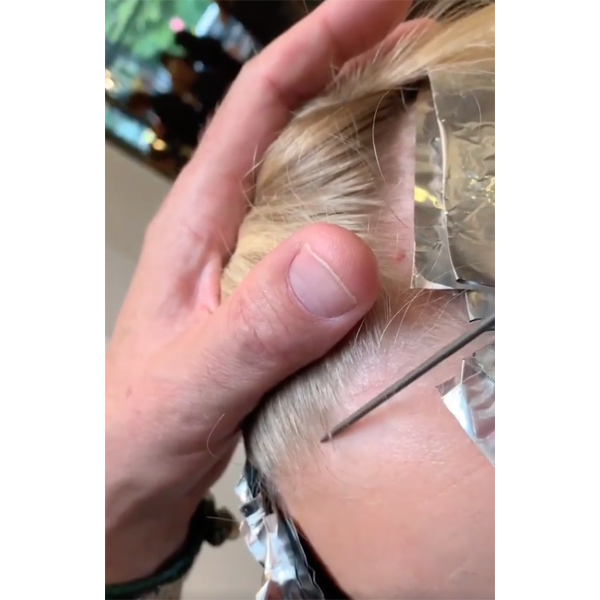 Watch: How To Foil The Hairline

Foiling the hairline can be a tedious technique but as Jack Howard (@jackhowardcolor) puts it, “The results are oh so nice.” Watch how Jack uses super fine hairline foiling to create a pop of brightness in the face frame, then keep scrolling to get a break down of the how-to steps!

Watch The Video How-To Below

Note: Jack says weaving from the front is important for those first two sections because it’ll allow you to get super close to the root.

2. Then paint another, slightly thicker, section behind the first two.

3. For the next three sections, take finer slices and weave each one the traditional way.  “So already you’ve got some hair left out there so that negative space will start showing,” shares Jack.

4. Repeat the same sectioning on the sides.

5. Let everything process but be sure to keep an eye on the hair, then rinse. “The finer the hair, the quicker it’ll lift,” advises Jack.