The Crown Act Passes For Second Time In House Of Representatives 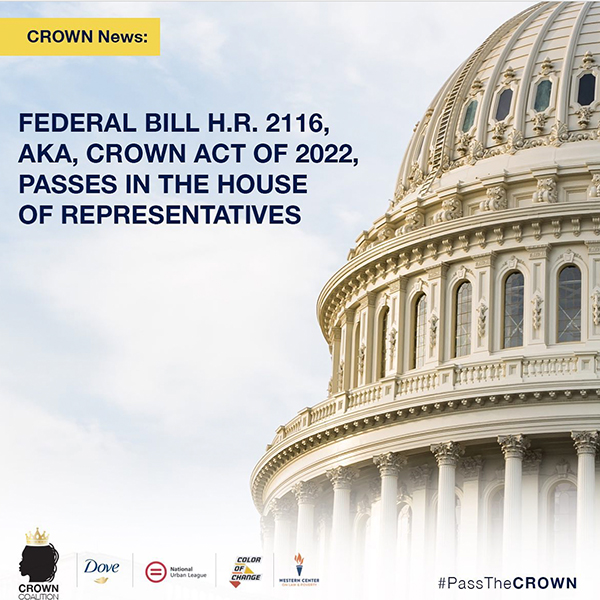 For the second time, Federal Bill H.R. 2116 (The CROWN Act) has passed through The U.S. House of Representatives. The house voted on March 18, 2022, passing the race-based hair discrimination bill one step closer to becoming law.

What Does This Mean?

The CROWN Act is a bill working to end racially motivated hair discrimination in places such as work and school. The bill ensures protection against denial of employment and educational opportunities because of hair texture or protective hairstyles including braids, locs, twists or bantu knots. Passing through the U.S. House Of Representatives twice now, the bill is now on its way to the U.S. Senate to be voted on.

If enacted by the Senate and signed by the President, the bill will become a law prohibiting discrimination based on an individual’s texture or style of hair at the federal level.

Why Is This Important?

“For many decades, grooming policies in schools and workplaces have barred natural or protective hairstyles describing them as “unkempt.” This bill would end that.” –@thecrownact via Instagram.

How To Get Involved

As The CROWN Act makes its way to Senate, help spread the word! Sign the petition and send a letter to your U.S. Senators with help from the templates linked here.

14 states have made The CROWN Act a law—check out the status below: