Barber Stabs Himself With Scissors & Is Seriously Injured In Accident 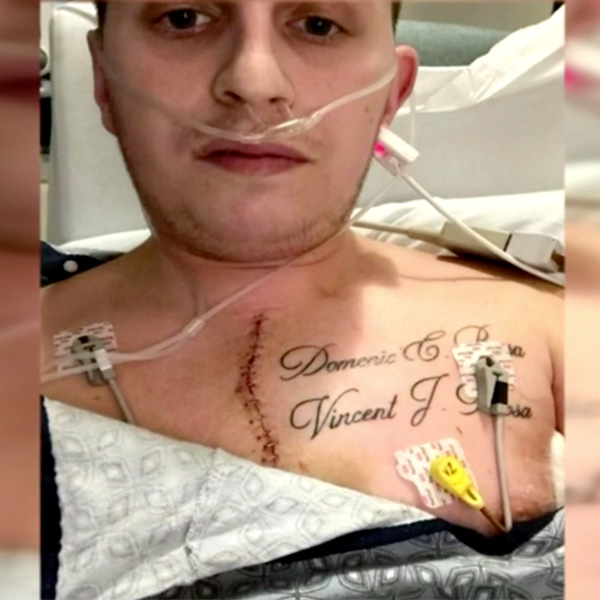 Barber Is Now Recovering From Open-Heart Surgery After Accident

Boston barber Steve Silva made headlines after accidentally stabbing himself with his own scissors while tripping during a haircut service. He is now recovering from open-heart surgery after the freak accident that happened at Boston Barber & Tattoo Co. this past week, which was captured on the shop’s surveillance cameras. Here’s what happened.

In a recent interview with New York Post, Steve said, “When I went around the corner, I slipped and fell. Because my shears were around my finger, they were pointed inward and I broke my fall with my hands. [The shears] are not going to fling off. Any barber or hairstylist knows they’re wrapped around your finger pretty good.”

The surveillance video shows Steve walking around his client and falling to the ground after stepping off of the pad onto a wet spot. Shortly after, his two co-workers come to his aid, his client goes off-screen to grab something to help compress the open wound and he is rushed out by paramedics. “I’m really proud about how they handled the situation,” barbershop owner Robert Dello Russo told CBS Boston.

The blunt force of his 6.5-inch scissors entered his chest cavity and pierced through an artery. Steve was taken to Massachusetts General and is now recovering from open-heart surgery. “I basically hit the main artery to the lower ventricle,” Steve told NY Post. “A bit to the left would’ve pierced my heart.”

Steve has been cutting hair at Boston Barber & Tattoo Co. for four years and had just returned back to work amidst the pandemic. “We’re going to do everything we can,” Robert told CBS Boston. “He’s already said he’s coming back as soon as he can stand up again, without being in pain.”