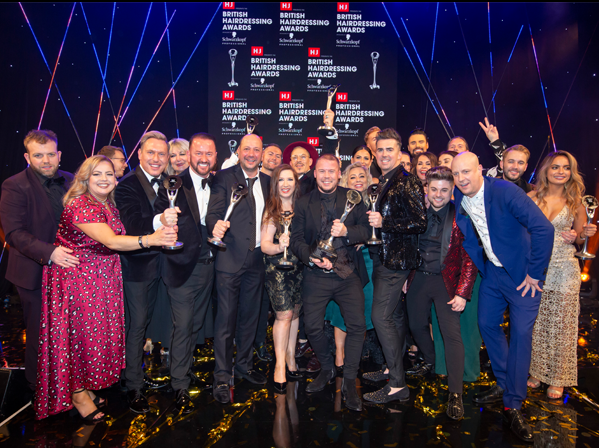 Finalists are judged twice by a panel of hairdressing legends, national beauty press and past award winners who have since joined the British Hairdressing Awards Hall of Fame, according to Hairdressers Journal International. The Hall of Fame welcomed new entries this year—Robert Eaton, Marcello Moccia and Michelle Thompson.

British TV personality and singer Ryan Clark-Neal hosted the evening for the second year in a row, where guests were welcomed by pop rock band The Hoosiers playing all of their top hits. Schwarzkopf Professional inspired the audience with a “Celebration of Colour” presentation. Next, came the highly anticipated awards!

See the winners below!